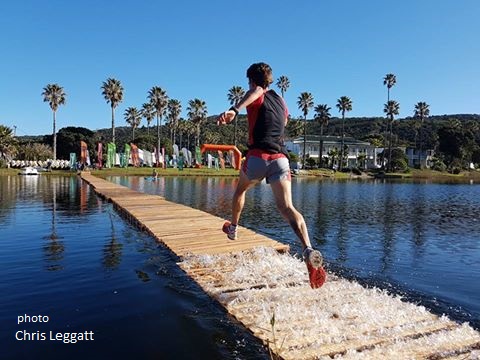 The weather could not have been more perfect as the 2016 RCS SOX ended with sunshine and blue skies, and athletes crossing a custom-built, 60-metre-long floating bridge over the Touw River and over the finish line at the Fairy Knowe Hotel in Wilderness. There were no major upsets in any of the categories, with the pre-race favourites dominating the overall podium.

In the team event, K-Way/Salomon’s Lucky Miya and Thabang Madiba showed the form that has led to some impressive performances on the international stage recently, by taking 3 stage wins out of 3, with an overall winning time of 6:34:26.

Oriole Bolus and Pieter Jordaan were a distant 2nd, in 7:05:09, with the RCS Gugs pair of Peter Tsawayo and Imran Paya finishing 3rd.

In the men’s solo category, Christiaan Greyling showed the form that has made him one of the country’s top trail runners, his winning time over the 3 days was 6:44:06, nearly 20 minutes ahead of the 2nd placed William Leslie, with Ryan Eichstadt finishing in 3rd place .

It was this category that produced the only upset of the weekend, with William Leslie making an early break on the final stage to hold off a fast-finishing Christiaan Greyling to take the stage 3 win.

The solo category domination was kept a family affair, with Christiaan’s wife Landie Greyling racing to a relaxed and untroubled overall victory, her finishing time 7:24:49. Second place went to the young Danielle Feldmann, with Mags Wright taking the final step on the podium.

The mixed team gold went to KPMG’s Nic de Beer and Tish Jones in 7:44, with Bronwyn Hastings and Joshua Kennedy a distant 2nd.

2016 was the 5th running of the RCS SOX, and Niel Muller became the first to recieve the SOX Black permanent number for having completed every year.

The new addition to the weekend, the RCS SOX Lite, was a huge success, with the runners loving the opportunity to race over shorter distances on the same mountain, forest and coastal single track as the RCS SOX athletes. Elana Meyer thanked the organisers after the final stage for having the vision to provide runners with an option to run shorter distances whilst still being able to experience the unique diversity that has made RCS SOX a must-do event on every trail runner’s calendar.

The TriSport-organised event looks forward to a bright future under its title sponsor RCS   and their CEO, Regan Adams, was simply delighted with the feedback from all involved         in 2016’s race.

Adams remarks, “What a truly awesome event! This race is a testament to the RCS philosophy of making things possible. It is clear that absolutely everything is possible with endurance and perseverance. Thank you TriSport, the volunteers, and of course, the runners who are such an inspiration to us. We look forward to even more possibilities in the future.” 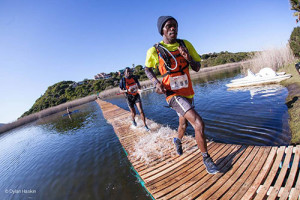 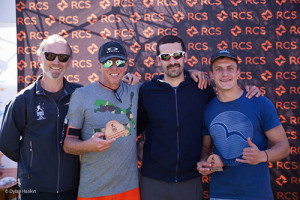 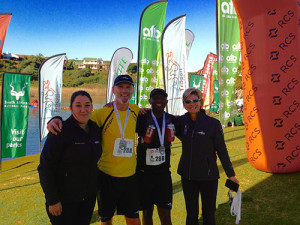 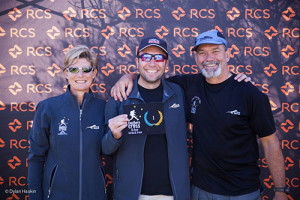 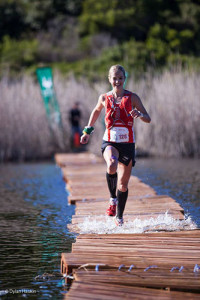 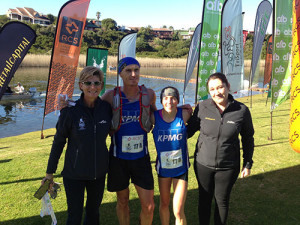 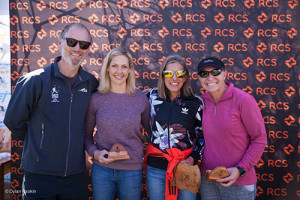 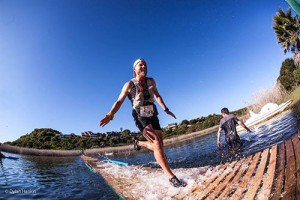 André-Hugo van Zyl, soaring over the floating bridge at the end of day 3 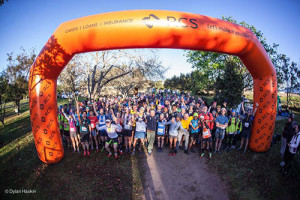 Runners at the start of day 3